If you’re in the San Francisco Bay Area and a rock climber, you have a few options of rock climbing gyms to belong to. The main gyms are:

In this review, I am going to give you the rundown on Mission Cliffs. In a future post, I will give you a rundown of Dogpatch Boulders. If you go to Planet Granite and would like to write a review, please email me john@singlegeared.com and we can discuss!

Overall, Mission Cliffs is a solid gym albeit very crowded on weeknights from 530-730pm. After 730p things clear out mightily as I’m pretty sure the majority of San Francisco goes to bed early. So either go in the afternoon or after 730 if you do not want to fight half of San Francisco for a top rope.

Mission Cliffs like most other gyms (well, other than Sharma Climbing BCN) operates on the Yosemite decimal system. Climbs are from 5.6 (basically a ladder in difficulty) up to around 5.13a/b, which is realistically as hard as people are ever climbing in the gym.

The bouldering section operates on the universally-accepted V scale, from V0 (very easy) up to around V11, as once again people rarely climb harder than that at a gym and setters often don’t set harder than that.

I should note that I always found Mission Cliffs to be heavily sandbagged on its ratings, meaning it rates routes higher than they actually seem. When I climbed at Brooklyn Boulders in Brooklyn, I was routinely a 5.10b/c climber. At Mission Cliffs, that is a warmup for me and I would regularly climb 5.11b and sometimes 5/11c, and worked 5.11d’s frequently.

You may feel good about yourself short term, but longer term you’ll be humbled when you go somewhere with routes that are rated correctly. At Movement Denver, I climb 5.11a/b and am at my max.

And in the last 3-5 years, indoor rock climbing has become quite popular with the older millennial crowd because it is a great workout and is social at the same time.

Because of this the crowd at Mission Cliffs has a lot of patrons climbing 5.8-5.9 and many fewer climbing 5.10a+. Because there are not dedicated lead climbing sections (like at Movement Denver), there are weird mixes of beginners on top ropes crossing over with more experienced climbers on lead.

It’s not ideal, but somehow it works I guess.

Here are some photos from around the internet. 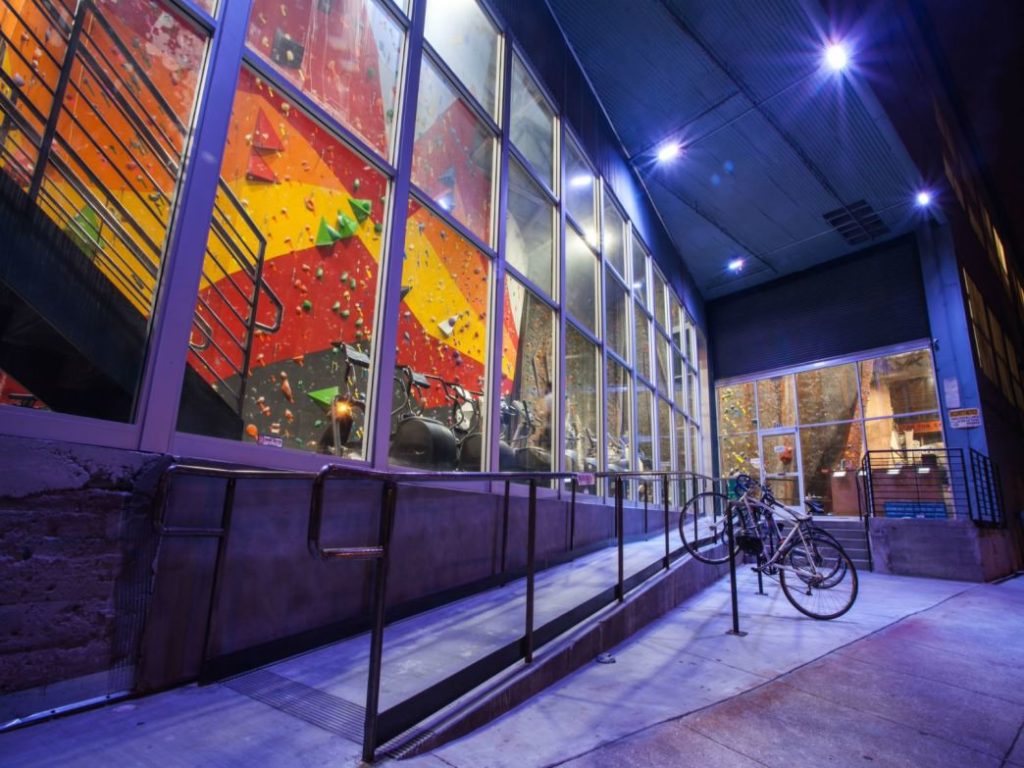 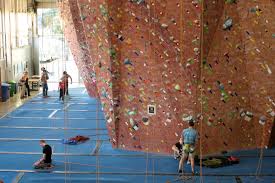 Price and other information

Mission Cliffs has a few different types of pricing. This first section is their non-monthly ongoing pricing, so the “monthly” you see here is just for one month and does not automatically renew.

They also have monthly ongoing pricing:

Map, address, hours, and how to get to Mission Cliffs

Here is their location in San Francisco, in the Mission neighborhood on Harrison Street between 18th and 19th streets.

Their hours are thus (subject to change, so check their site):