Alone On The Wall Book Review

Over the holiday season this year I had a fair amount of time to read, and fortunately I was given a copy of Alone on the Wall in my stocking. Seeing as I was tired of reading on my phone and find I get distracted quickly there, the hard copy was a savior for my sanity. 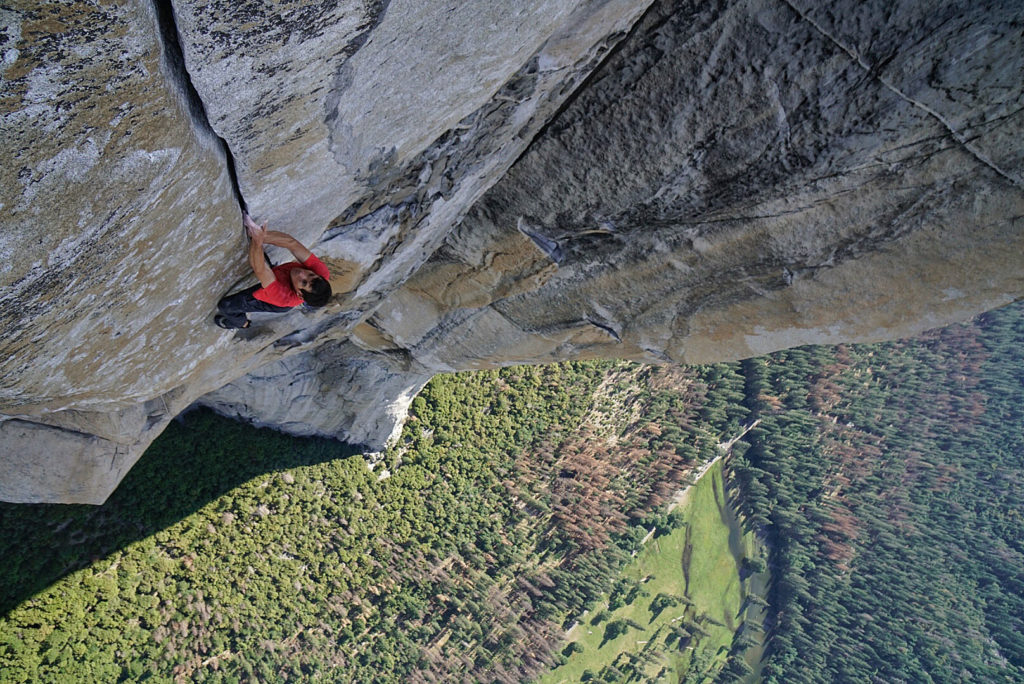 Over the course of about 24 hours, I devoured this book. Here is my review.

Alone on the Wall is a quick but fascinating read for climbers and non-climbers alike. As a climber who wishes he was as talented as the climbers we see, I found this book to be all at the same time inspiring, sobering, entertaining, and a rare glimpse inside the mind of a top performer who has had fame thrust upon them.

At a high level, Alone on the Wall is a combination effort by two writers – David Roberts who is himself a climber and mentored Jon Krakauer of “Into Thin Air” fame, and Alex Honnold. Honnold is the decorated and celebrated free soloist and climber known for his many free solos around the world, especially El Capitan and Moonlight Buttress.

The book is set up to take you through seven of Alex’s biggest climbs, both before and after he became well known through his 60 Minutes interview. The climbs are:

Here is my review including what I liked and did not.

If you don’t want any spoiler before you read the book, then buy it here on Amazon and come back after you’ve read it!

There were many things to like about Alone on the Wall.

First, Alex has a very strong writing voice and walks us through his mindset and what was happening in his life as he approached his different climbs and adventures. It’s not as simple as “I wanted to do it so I did”, but it shows a calculated approach to incredible climbs as well as how those are complicated by other things going on in life.

Second, the book humanizes Alex and I think accurately depicts the life of a mid-to-late 20 something (Alex is now 30) trying to figure out their place in the world. He is thrust into the spotlight because of his climbs, which he kept “mellow” in the confidence of a few close friends before doing them, and he struggles to come to grips with that while also in an on-again-off-again relationship that ultimately ends because he wants to keep traveling and nomading, and his girlfriend was ready for a larger commitment and maybe to settle down. Alex shows that he does things his own way.

Third, I very much enjoyed the perspective from some of climbing’s longtime top athletes like Conrad Anker, Jimmy Chin, Cedar Wright, and others who have known Alex since he was just getting known. Their stories about Alex, their critique (positive and negative) of his style, and their obvious respect for Alex’s immense abilities (I can’t imagine how great it was to be called the “rope gun” for Conrad Anker) all show that Alex is a very well liked and respected guy who also still has a lot to learn from the veterans of the sport.

Fourth, it was enjoyable to read how Alex’s approach to doing bigger adventures and trying new things, like alpine climbing in Patagonia, has changed over the years. While I couldn’t help but think that he was often underprepared for some of the climbs and therefore got into some sketchy situations, his and his partner’s obvious skills in the mountains were incredible to read about and acknowledge.

Fifth, while the book did not touch on it enough, it was great to hear how the Honnold Foundation is looking to make a difference in the world and how Alex things long and hard about his impact on the world, and how he can reduce it. I was unaware just how hard on the environment plane travel is, and reading about it opened my eyes.

There was only one major piece to Alone on the Wall that I did not really like.

While Alone on the Wall actually focuses on Alex’s progression both in the sport and personally, his drive to keep climbing and improving, and his philanthropic efforts (as inspired by his first Africa trip), the back cover as well as most of the interviews in the book focus around one thing:

That soloing is dangerous and Alex could die.

While this is absolutely true, as a climber reading the book it felt like the publishing house pushed this message in order to give it more mass market appeal and sell more copies.

The back cover quotes are all about the danger, the front cover section talks about “death-defying feats”, and multiple sections of the book are dedicated to it.

In my opinion, they squashed pretty quickly the idea that Alex might have a death wish or is reckless. They would’ve been much better served, and it would have been a strong narrative in my opinion, if they let the tired “might die” narrative go away and instead focus on the good Alex is doing through the Honnold Foundation and what is next to come in his career.